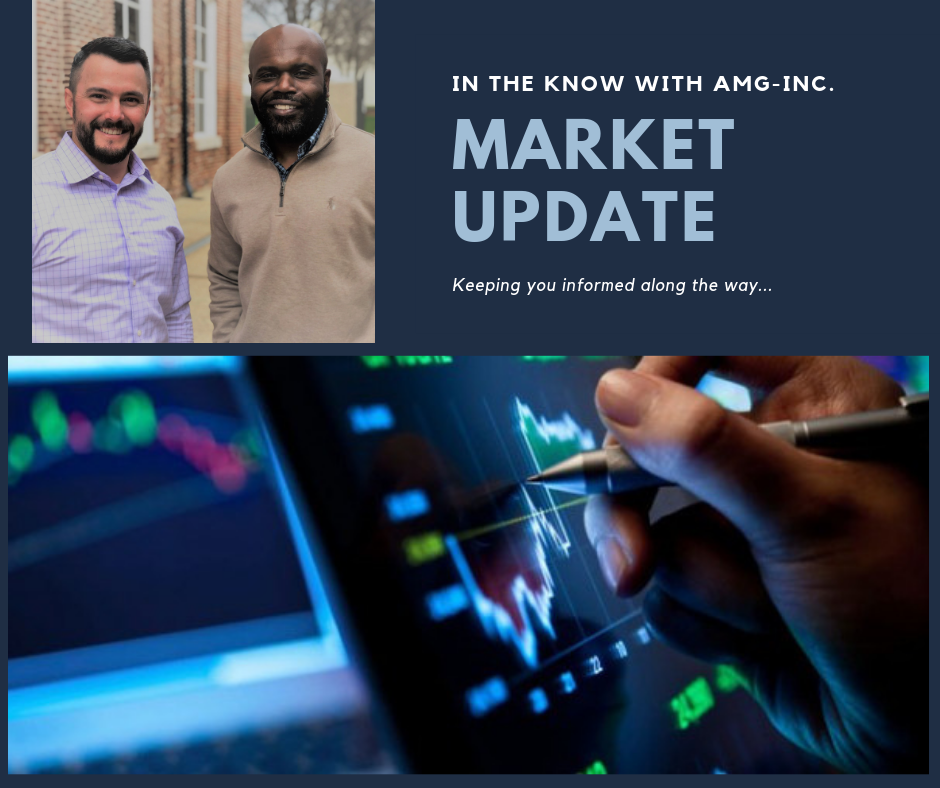 Seeing as we are nearly halfway through the year, I believe it is worthwhile to take a moment (or two) to review the asset classes we invest in and how they are impacted by various market indicators. Obviously not every account that we actively manage for you is through the lens of asset class holdings, but for the simple sake of educating on the fundamentals, I do believe this is a foundational point to any investor we work with.  I hope to provide a better idea of where we stand in relation to the bigger picture. It is this bigger picture that we call the economic cycle.

Through many accounts that we manage, our methodology would indicate that at all times, all asset classes become more or less attractive relative to one another during the repeating economic cycle. After all, investors are constantly seeking the best return possible on their hard-earned dollars. This of course is subject to one very big condition - risk! Humans are reward seeking, but they are also risk adverse. It is this balance between risk and reward that causes assets to perform differently in response to changes in underlying economic fundamentals. We live in a dynamic world and investments are simply a reflection of that. The stock market likes low interest rates, as long as they aren't too low. Much like Goldilocks, the market wants its interest rates just right. If interest rates are too high, it becomes increasingly expensive to borrow money. If they are too low, it is evidence that the economy is sick and therefore there is no consumer demand. Businesses want easy, cheap access to capital, but they also want evidence of demand for their products or services. This is how interest rates, unemployment and the Federal Reserve are intertwined. Low unemployment should translate to demand and the ability to increase prices (earnings). Increasing prices is good, as long as they don't increase too fast. After all, there is a tipping point when expense simply overwhelms opportunity. Another word for this is inflation. Some inflation is good, but too much is bad. In steps the Federal Reserve. Its job is to promote employment for the good of the economy and to monitor inflation so that it stays contained. It does both indirectly through lowering and raising short-term interest rates. When it wants to stimulate things, it lowers rates and when it wants to cool things off, it raises them. When this occurs, it changes the attractiveness of asset classes relative to one another. Some assets do better than others when rates are rising. For instance, growth stocks are more attractive than bonds or REITs in a rising rate environment. This is because the return sought by the investor in a growth stock like Amazon or Google is in its ability to continue to grow its earnings. So long as there is demand for its products or services, increased borrowing costs can be passed along (up to a point). On the other hand, with a bond or a real estate investment, return is dependent upon a fixed rate of return. When interest rates move higher, it means that the bond or REIT investment just got relatively worse. The U.S. dollar is very much a part of all this. When rates are rising faster here in the U.S. compared to other places in the world, it causes the dollar to strengthen. A strong dollar pressures companies that export because it makes their goods more expensive abroad. It also pressures commodities and countries that produce commodities. This is because commodities worldwide are priced in the dollar and become relatively expensive as the dollar rises. All of the above results in the constant repricing of assets as we (investors) seek the best return relative to risk.

The S&P 500 is at all-time highs and the U.S. economy is the strongest in the world, but will the old bull market continue to push forward? The broad U.S. equity market as represented by the S&P 500 is at all-time highs. This index represents a basket of the 500 largest and best companies in the U.S. and is a proxy for the general health of the U.S. stock market. A large part of its success this year has been the prospect of falling interest rates and an accommodative Federal Reserve. This, coupled with historically low unemployment, has propelled our major indexes higher. Smaller U.S. companies have not fared as well and are still 13% below their 2018 highs. This represents a reluctance by investors to take on the extra risk associated with smaller companies that are perhaps not as well capitalized. The risk isn't worth the reward. Likewise, emerging markets are 18% below their 2018 all-time highs. Europe is 13% below its highs. The problem with the rest of the world is that their interest rates are too low. Instead of encouraging investors to take advantage of cheap money, investors recognize that the low rates are the result of a sick economy and weak demand. This weakness around the world has shown up in our transportation index. It is currently 12% below recent highs. Energy, as well as broad commodities, is 20% below its most recent highs and 40% below highs reached in 2014. Not surprisingly, the U.S. dollar has continued to trade higher for the past year. Only recently have we seen it pull back, along with a corresponding bounce in commodity prices. This is because our rates have been so much higher on a relative basis than every other country. Again, our rates were low (in a good way) and their rates were low (in a sick way). Real estate has continued to outperform. This is due in part to low unemployment and contained interest rates. It doesn't hurt that commodity prices are low as well. The long treasury bond is at prices not seen since 2016.Treasury notes move in the opposite direction of interest rates and as they fall, bond prices rise. Finally, Gold has perked up and is at multi-year highs. That is due to the recent pullback in the dollar as rates have fallen, as well as a flight to safety play. Gold doesn't work for earnings and it doesn't pay a dividend. You can't eat it either. It is rarely a good sign when gold is doing well. The U.S. economy and market is undoubtedly the strongest in the world right now. With that said, leadership is contained in the safest of sectors. Interest rates are falling, which helps propel bonds, dividend payers and REITs. The question now is, at what point do the falling rates evidence something more sinister? For now, investors seem placated by recent commentary from our Central Bank as well as stable corporate earnings. In my opinion, real estate continues to be a huge factor in the continued bull market. If real estate holds up, we should be able to keep a bear market at bay. I would like to see small caps catch up and begin to outperform their larger safer brethren. As I have said many times before, we need the rest of the world to pull out of the doldrums for our economy and markets to perform at their best. It makes me nervous when we are the only ones on the dance floor. Finally, I would like to see the transportation index break out to new highs. That index is a leading indicator and would further strengthen the case that the old bull market is still pushing forward.

Thank you again for your trust in loyalty as work diligently to bring to life the best investment experience one could have.  The pleasure is ours.